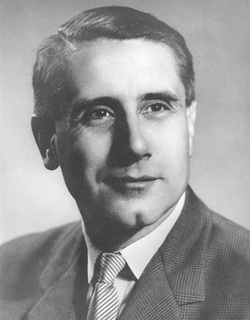 Backround
Fredrick Kenneth Hare was born on February 5 1919 in Wylye, England. He was the son of Irene Smith and Frederick Eli Hare. F. Kenneth immigrated to Canada in 1945, were he would continue his education and training to become the succesful man that he is.(3) F. Kenneth demonstrated a keen intrest in climate, while he was still very young, by setting up a weather station in his backyard. (4)
He passed away at his home in Oakville, Ontario on September 3, 2003. (4)